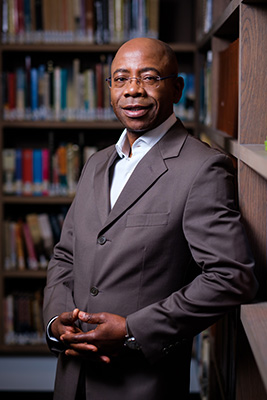 Until 31 December 2008, he spent six years as the CEO of Drake & Scull FM SA (PTY) Ltd, an integrated Facilities Management company owned by the Tsebo Outsourcing Group, where Bonang was also a member of the Executive Committee.

Until May 2003, he was CHIEF EXECUTIVE: SHARED SERVICES AND ASSOCIATED COMPANIES of Sanlam; a member of the Exco; alternate director of the Sanlam Limited main board; chairman of the board of TASC; a director of Innofin; Gensec Property Services and Fundamo. Until 2002, he was the CHIEF EXECUTIVE: Corporate Marketing, Sanlam.

Until August 2001, he was the EXECUTIVE VICE PRESIDENT at South African Airways (SAA) responsible for Strategic Alliances, Network Management and Global Sales. The revenue generated by this business unit was in excess of R8 billion of which more than R5 billion was generated outside of South Africa. The staff complement was more than 800 with nine direct reports.

From 1996, he was the MANAGING DIRECTOR of OTIS (Pty) LTD – the world’s biggest and oldest elevator company where he spent five years– and in 1997, winners of the Black Management Forum’s (BMF) ‘Progressive Company of the Year’ award, with responsibilities for South Africa, Zimbabwe, Zambia, Malawi, Botswana and Namibia. He served on the Management Committee of South Europe, Middle East and West Africa Area (SEA).

Lift As You Rise is Bonang Mohale’s first book.