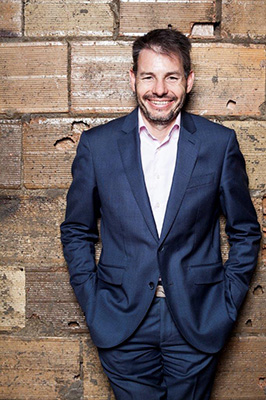 Ian Russell, the author of The Other End of the Telescope, kicked off his career with Ford Motor Company as a graduate trainee back in the early 1990s when Ford was one of the largest companies in the world. Working mainly in procurement and supply chain, Ian was lucky enough to become an expert in gaskets, plastic and was ultimately accountable for buying and managing Ford’s performance engines around the world.

Barclays Bank Plc was Ian’s next port of call, where he worked in various roles in the UK, Africa and the Middle East, spanning supply chain, technology and operations roles, ultimately arriving in South Africa in the mid-2000s, leading part of the Mergers & Acquisitions team that ultimately acquired Absa, then South Africa’s largest retail bank.

After a host of leadership roles at Absa, including operations, supply chain and strategy, Ian joined SABMiller to lead a number of their globalisation initiatives, working across Africa and Europe.

Joining the troubled, virtually bankrupt South African telecommunications company Telkom in 2014, Ian was a key part of its inspirational turnaround, leading change in all areas of its operations and overseeing radical overhauls to its business, people and culture.

Ian’s last corporate role was as Chief Executive Officer of BCX, a subsidiary of Telkom and Africa’s largest technology company, with a $2 billion turnover.

Ian now divides his time between speaking, writing, and advising large corporates on change and strategic responses to marketplace disruption.

Ian remains firmly focused on sustainable and responsible development of the economy, and sits on a number of not-for-profit boards and advisory groups, focused on leveraging technology and education for the benefit of the youth of South Africa.

Ian lives in South Africa with his wife, two boys and their menagerie, and has finally discovered his analogue moat in the Western Cape.

The Other End of the Telescope is Ian Russell’s first book.