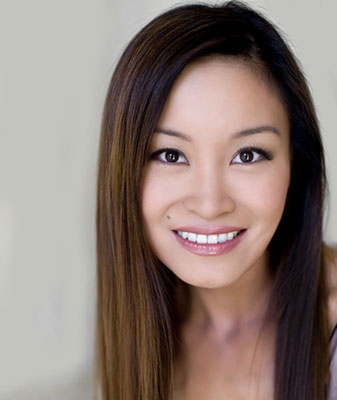 Jen Su is one of South Africa’s most unique TV and radio presenters and personalities. She is a news presenter on Business Day TV and Sky News ‘The African Business Report’, a radio presenter on CliffCentral for the Gareth Cliff Morning Show, a contributor to SABC3 Expresso, and entertainment reporter for People Magazine’s ‘Out and About with Jen Su’. Jen has also been an actress on the hugely popular drama series Isibaya (Season 1) and on Jacob’s Cross (Season 5 and 6).

She is a top corporate emcee and has been the Master of Ceremonies for galas and launches for major corporations such as HSBC, Mercedes-Benz, Coca-Cola, Qatar Airways, Telkom, Transnet, G4S, Heineken, DHL, and many more. Jen is fluent in English, Mandarin Chinese and Thai, and has also emceed a number of bilingual events for the Thai Embassy and Chinese corporations in South Africa.

She is well-known on the social scene and is an avid traveler, hat collector (200+ hats), and red carpet reporter – from the Cannes Film Festival in France, to the MTV Europe Music Awards in Scotland, to New York Fashion Week, to the BET Awards in LA – Jen has been at the forefront of entertainment reporting.

From Z to A-Lister – How To Build Your Personal Brand is Jen’s first book.