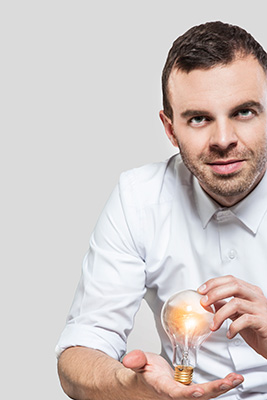 Marnus Broodryk was born and bred in the small town of Harrismith in the Free State, South Africa. With parents who couldn’t afford his school fees and being raised by a single mom, his ‘rags to riches’ success story reads like a movie script. He started washing cars and cutting grass to pay for his own school fees and later worked eighteen hour days to get through articles and part-time tertiary education.

Fast forward 10 years and he is the CEO of The Beancounter, an accounting firm that uses the best cloud technology which enables business owners to better understand their businesses. In eight years The

Beancounter became one of the most sought after accounting firms in the country and a majority share was acquired by the JSE-listed company, Transaction Capital, in 2016.

Marnus is also a familiar face on TV. In 2016, he was asked to participate in M-Net’s reality series Shark Tank South Africa and he also hosts a weekly insert on KykNET’s Winslyn, where he shares advice and tips with aspiring and established entrepreneurs on how to start, manage and grow a business.