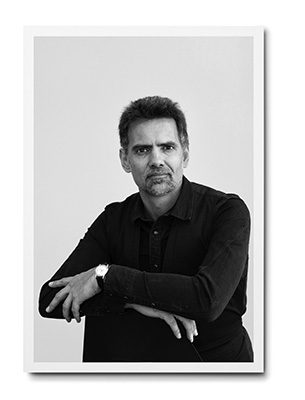 Pepe Marais, the author of Growing Greatness, is the founding partner and Group Chief Creative Officer of brand and communications group Joe Public United. He lives for creativity that deeply connects with people.

His passion is to co-create an environment and culture that breed exponential growth, Growthn – the growth of Joe Public’s people, clients and ultimately our country.

Moved by the obvious gap in our system and a driving need to give back as well as actively grow our country, Pepe established Joe Public’s CSR programme, One School at a Time, in 2004. OSAAT is an organisation with the single-minded vision of creating an educational system that is a shining example to the world.

Pepe has been the recipient of numerous local and international industry awards. He has annually served on various judging panels of the Loerie Awards since 2004, has judged at the Cannes Lions Advertising Festival twice, the New York One Show Award once and has served as a member of the Executive Committee of the South Africa Creative Circle since 2007. Pepe was voted by his peers as the Most Admired Agency Creative in Johannesburg in 2014, 2015 and 2016 and as the Most Admired Agency Professional by marketers in the 2017 Scopen Agency Scope report. Yet he believes that accolades are merely the building blocks toward a vision of creating an organisation that inspires greatness.

In 2014 The Annual AdFocus Awards ranked the agency as the Agency of the Year and in 2015, for the second consecutive year, awarded Joe Public Agencies’ Agency of the Year, as voted for by industry peers. In 2016 and 2017 Joe Public was the most awarded agency at the Apex Awards, which focuses on campaigns that are effective and drive business results for their clients, in line with the agency’s purpose of Growthn. In 2018, Joe Public was a runner-up in the Conscious Companies Awards that recognise conscious leadership within business. The agency also scooped Agency of the Year at this year’s Loerie Awards for the first time since its establishment and on the anniversary of its 20th year. Pepe is currently a finalist in the SA Entrepreneur of the Year Award with final result pending. He believes that Joe Public is at the beginning of what they set out to do in terms of the calibre of work they aspire to create. He also understands that it’s all about nurturing and growing the creativity within their people, and that all of Joe Public’s past and future successes were, and will continue to be, because of its people.