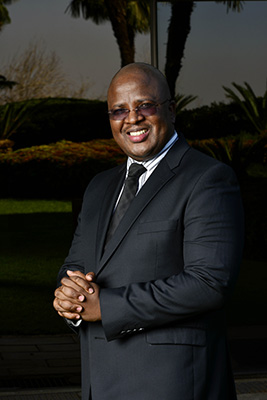 Setlogane Manchidi, Investec’s Head of Corporate Social Investments (CSI), first gained experience in the development sector when he joined George Soros’ Open Society Foundation as a postgraduate student. After graduating, he worked for Andersen Consulting (now Accenture), as an organisation and human performance business analyst and consultant before joining Investec as a CSI consultant in 2003. In 2005 he was asked to head up the CSI division and under Setlogane’s stewardship Investec CSI has received numerous awards and recognitions, including the 2009 Sunday Times Top 100 CSI Leadership Award and the 2014 Mail & Guardian Investing in the Future Award for Promaths, one of Investec’s flagship programmes.

Setlogane is known in the CSI space for his passion and desire to see meaningful change in people’s lives. In 2013 he received the DHL Rising Star Award which recognises and celebrates young talented people who have a capacity for achievement and success and who contribute in an inspirational manner to the future of South Africa. In the same year, he was humbled to be added as an honorary member of the Golden Key International Honour Society by the University of Cape Town’s Golden Key chapter.

Setlogane has shared his passion and message, aimed at uplifting those less fortunate than others, by writing articles, giving various media interviews and responding favourably to speaking invitations be it at schools, universities, synagogues, strategic planning sessions and/or conferences.